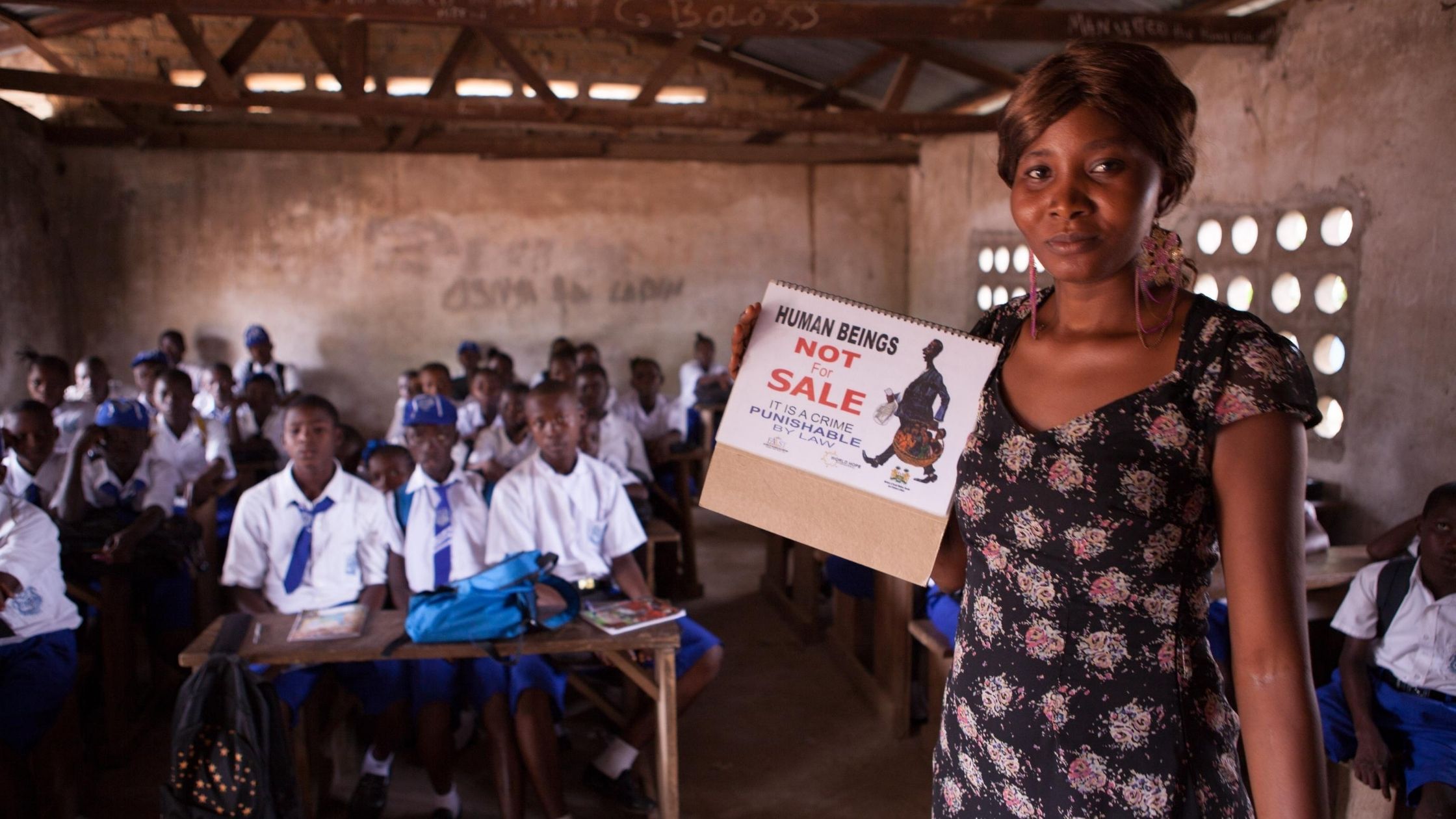 World Day against TIP: Committed to the Cause

Join us today in observing World Day against Trafficking in Persons. This year’s theme, “Committed to the Cause – Working on the Frontline to End Human Trafficking,” is something that we are deeply dedicated to at World Hope International (WHI). For us, working on the frontline takes on many different forms as we work to best support survivors – from helping them to gain legal rights, to preventing opportunities for further trafficking. Our approach combines the efforts of Prevention, Protection, and Prosecution to combat trafficking in persons (TIP) all over the world.

We believe that the three P’s of fighting TIP are all interconnected and interrelated. It is difficult to work in one area of fighting human trafficking in a long-lasting way, without focusing on the other areas of anti-trafficking work, as they are so interconnected. This has never been more obvious to us than this year as COVID-19 has been added to the challenges we face working against TIP. Health concerns of a global scale do not stop traffickers, if anything we are seeing a rise in trafficking and abuse during this pandemic. It has caused us to take even more health and safety precautions in our work – adding a global health layer to the three Ps.  Keep reading to learn how we unite the three P’s through our work across multiple sectors!

Our unique approach to Prevention work can be seen through our Social Ventures, our anti-trafficking trainings for border personnel, and our work against Online Sexual Exploitation of Children (OSEC) through our Protecting At-Risk Children Vulnerable to Exploitation project (PAVE) in the Philippines. These projects, and the initiatives that come out of them, are key to helping provide safer living and working environments, as well as safer opportunities for children and adults who would be otherwise be considered vulnerable to trafficking.

Our social ventures are designed to provide monetary support and financial independence, and are carefully designed to have lasting and positive effects on communities. This includes a focus on how the project can add to the protection of those involved and other vulnerable populations in the community. You can check out our mushroom growing initiative which provides local opportunities for women and their families. It reduces the need to look for migrant work – which often leads to individuals being trafficked. You can also read about our newest project in Sierra Leone, that provides opportunities for adolescent girls to make an income, lessening their dependence on potentially exploitive relationships, which often lead to trafficking as well.

One of the main focuses of our Protection work is our Recovery Centre in Sierra Leone. Here women and girls, as well as boys under the age of 10 can be sheltered after being rescued from abuse or human trafficking. The Centre is vital to our protection work in Sierra Leone as it provides a safe environment for these survivors to heal and recover in and it protects them from being harmed or threatened by the community before they can speak out or testify in court against their perpetrators.

“The impact of COVID-19 has increased our referrals at the Recovery Centre. We currently are at capacity, with 25 survivors. Two of them have babies, and four of them are pregnant as a result of abuse they suffered. The survivors are offered holistic care, to heal from their abuse; care that they would not have out in their communities.”

A story from earlier this year brings to light the many layers and forms of abuse and trafficking that can take place in a community. In Sierra Leone, as well as many other places in the world, giving away children to be raised by family members or strangers is widely accepted. Poverty, lack of social amenities, rural settings, and parents having more children than they can fully provide for all plays a part in this practice. Unfortunately, it is much more prevalent than many people realise and can often lead to serious forms of abuse and trafficking of the children as they grow up in those situations. Keep reading to learn how two little girls were brought to our Recovery Centre and ultimately had a happy reunion.

Earlier this year, two sisters, aged eight and nine years old, were given away to a local midwife after they were promised education if they went to live with this woman. The woman then placed the sisters with her daughter and son-in-law in a different community. They were enrolled in school but were not allowed to attend and instead were forced to hawk items on the street, and fetch water for the couple they now lived with. The couple also forced them to completely change their names and mistreated them by not feeding them properly and beating them for any ‘mistake’ they made.

Thankfully when one of the little girls almost fell down a well, the neighbors saw and became extremely concerned for their safety. One neighbor, who was trained by WHI, was able to confront the couple and report them to the local police. The girls were immediately removed from that couple’s custody and referred to WHI. After a formal assessment by a social worker, the girls were placed in our Recovery Centre. Here they were able to recover fully and eventually be reunited with their family and home community!

The Prosecution process in a country is vital to long-term work against human trafficking. In order to justly deal with horrendous acts that perpetrators of human trafficking commit, the proper laws and processes must be in place. By having these systems established and operating, we can give survivors a safer world to live in, as well as mitigate further trafficking efforts that would have been carried out by those same perpetrators.

We are so proud of the work that is being done to enforce anti-trafficking procedures, and, at times, strengthen laws in the countries we work in. Fanta Conteh, a Counselor and Supervising Houseparent at our Recovery Centre, reflected on the last year as both challenging and fulfilling. She further reflected that, “WHI play[ed] a key role in the establishment of the first anti trafficking law of 2005…we are also running the only recovery shelter that offers holistic care for survivors of human trafficking, sexual and gender base violence.” We are grateful to have played a role in the first conviction of traffickers in Sierra Leone earlier this year. Because of the hard work of our team and partners around the world, in coordination with the Government of Sierra Leone, justice was experienced by a number of survivors, and an example was set that trafficking is unacceptable in any form and will be treated so on a local and national level. This year the country has advanced to Tier 2 ranking, based on the United States’ Trafficking Victims Protection Act’s outlined minimum standards for the elimination of trafficking – which you can read about in the 2020 TIP Report put out by the US Department of State.

“Since the last World Day against TIP, we have celebrated a conviction – the first one! – and have celebrated Sierra Leone moving up a tier on the Department of State TIP Report. It is now at Tier 2.”

WHI is deeply committed to the cause of fighting TIP. We celebrate the work that has been done this year, the wins we have witnessed, and the challenges that have been overcome. The fight against TIP is not over and we are as committed as ever to fighting on the frontline.

Learn more about World Hope’s Recovery Centre, and the other types of Protection work World Hope does. You can also take part in our work against human trafficking by giving to The Hope Fund.